Tropical Cyclone Ian had passed through Tonga early 2014, inflicting damage to infrastructure across the Ha’apai Islands, including most government primary schools. Calibre was engaged as project adviser to fast-track the reconstruction works of 10 schools funded by New Zealand Ministry of Foreign Affairs (MFAT) and Asian Development Bank (ADB). 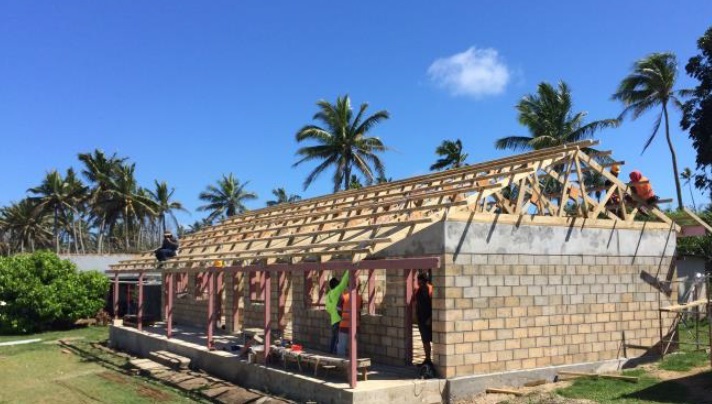 Based in Tonga for six months, our team travelled between Nuku'alofa and Ha'apai to advise on procurement, construction and programming issues and ensure the project was completed within tight deadlines to allow the schools to reopen in the new term. We also helped reduce overall costs by closely managing construction.

By insisting on high standards of Health & Safety from the contractors, the community was indirectly benefited through upskilling of local contractors and raising consciousness of health and safety issues. In addition, our team closely monitored quality so that the schools were built to a better standard than previously, minimising risk of similar damage occurring in the future.

The extent of work in each school varied depending on the damage. Some involved demolishing existing classroom blocks or staff housing and building new facilities, or providing new toilet and ablution facilities. Other schools involved salvaging what was possible and repairing existing structures, providing new roofs, or repairing paths and underground services.

A critical success factor was our choice of a Tongan engineer as project adviser, whose cultural fit and acceptance by the community was crucial to the project being delivered within the time and budget constraints.