Following the extensive damage to the existing bridge 11 at 126kP on the Deepdale Line in Pannawonica during the February 2009 floods, Calibre was engaged to replace the bridge with two 20m-span, corrugated steel arch structures. As part of Aboriginal heritage, the requirements were to preserve an existing pool and maintain and open waterway. 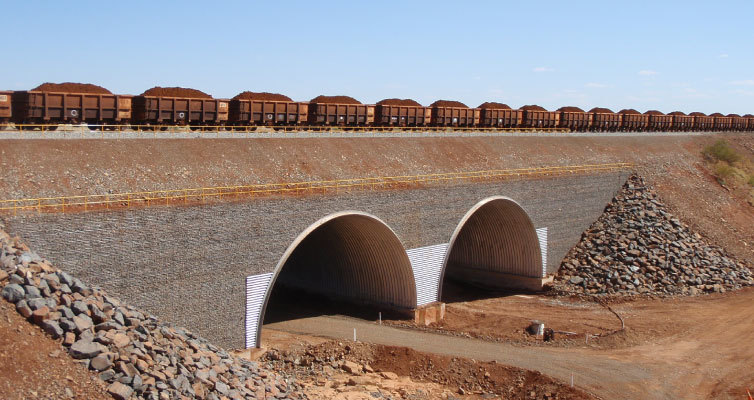 The arches are the largest buried corrugated steel arches installed to date in Australia and have the capacity to sustain a flood of similar magnitude to that which damaged the original bridge. The upstream and downstream facing arches contained cobblestones in galvanised wire frames as part of the mechanically stabilised earth retaining wall system.

The total time on site was 120 days, which included tracklaying. In addition to this, the arches were positioned to enable the temporary bypass rail embankment to be removed before the onset of the 2009/2010 wet season.

The project was completed within eight months of deciding the design solution to rectifying the damaged bridge.