Butters Bridge is no ordinary bridge. In a true demonstration of innovative thinking, it boasts dual functions, conveying a 600mm diameter sewer and providing a pedestrian and cycling link across the Molonglo River corridor.

Rising to 27m above the river, the 242m long bridge is a vital piece of infrastructure in the development of Canberra’s newest region, the Molonglo Valley. It links Molonglo 2 on the south of the river to Molonglo 3 in the north, delivering timely sewer services for the next stages of development, namely, the new suburb of Denman Prospect. 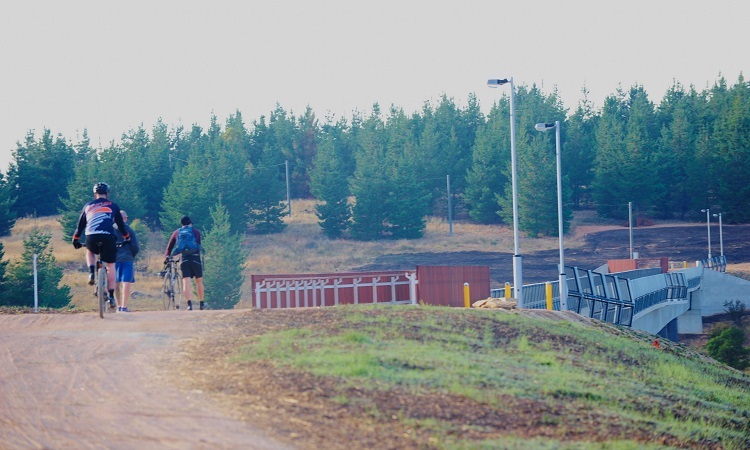 The sewer, located snugly within the 5.25m wide bridge deck, connects to a major outfall sewer in the north that already services around 60% of Canberra. The new sewer will service upwards of 7,500 dwellings, including the future Molonglo Valley town centre. The bridge will also connect to Canberra’s extensive cycle network and form part of an envisaged recreation hub for the surrounding communities.

Importantly, the accepted design defers the need to construct a permanent road bridge over the river until the new suburbs are completed, resulting in a saving in excess of $10million for the ACT Government. The future road bridge, which will be constructed at another location nearby, will be constructed much lower and of significantly reduced length as it now does not need to accommodate the sewer.

Calibre commenced work in 2011, carrying out studies to determine the optimal location and structural form of the bridge. The challenge was to minimise impact on the Environment Protection and Conservation (EPBC) listed area, which had been identified as a potential habitat for the rare pink-tailed worm-lizard. 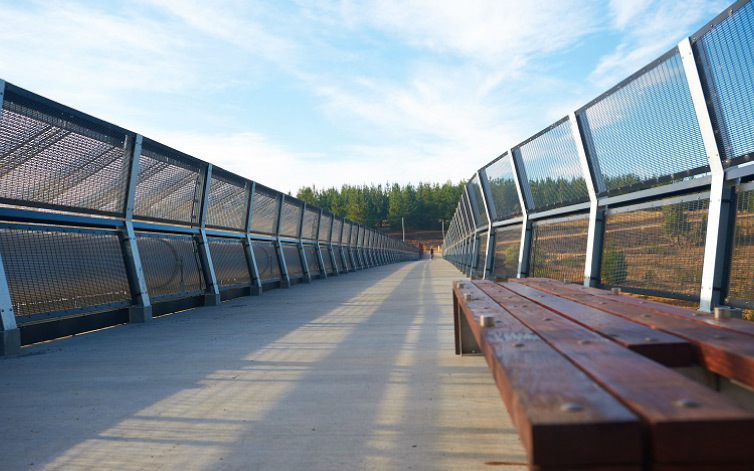 Our team investigated a number of different bridge types before recommending an incrementally launched prestressed and reinforced concrete box girder cast in seven segments. This innovative solution allowed us to increase the length of the bridge spans (almost double typical span), and reduce the number of piers impacting the land. The maximum deck span (63.25m) is one of the longest incrementally launched spans in Australia.

Another innovative solution was to retain the steel tubes which were used to form the concrete piers. The tubes were filled on site and then, rather than removing them once the concrete was set, were left to naturally oxidise. Not only did this enable more efficient and convenient construction, but also provides enhanced aesthetic value. With the concrete doing the hard support work, the organic appearance of the oxidized steel helps the bridge to blend in with the natural surrounds.