Barangaroo captures the transformation of a disused industrial space, characterised by degenerated concrete slabs, into a world-class, harbour-side development. Incorporating a lush nature reserve, premiere residential spaces, commercial towers and much more, the redevelopment of Barangaroo on Sydney’s iconic waterfront will see this spectacular space returned to the community.

Over time, 23,000 people will live and work in the precinct with 33,000 people expected to visit Barangaroo each day – 12 million per year. With an estimated end value of approximately $6 billion, the urban renewal of this neglected 22ha is one of the largest and most ambitious commercial and residential developments in Sydney. As space in the city becomes increasingly limited, it may too be the final waterfront development the CBD sees.

Calibre is thrilled to be involved in this landmark development, which boasts the highest benchmarks for design and sustainability. As part of a design and construct arrangement, our team delivered the basements and below water walling for the development.  In addition, we provided structural design for the initial two prestigious apartment developments: Alexander by Andrew Andersons from PTW Architects, and Anadara by renowned Richard Francis-Jones from Francis-Jones Morehen Thorp (FJMT). All 159 apartments, across the two buildings, sold within hours of release.

Getting the foundation right 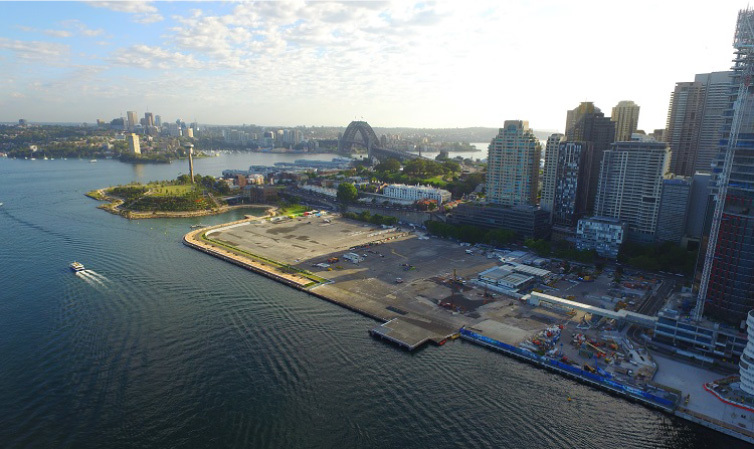 The proximity to the harbour meant that extreme precautions had to be considered in regards to both water entering the development and contaminants entering the harbour. Our solution involved a diaphragm wall retention structure, which provided a “cut-off” to water ingress allowing dewatering of the basement during construction.

The design was also required to incorporate provisions for the future Sydney Metro rail construction as the proposed tunnel alignment intersects the bottom of the diaphragm wall panels. A key innovation was to provide “soft eye” glass fibre reinforced zones in the diaphragm wall which will allow the future tunnel to bore through the base of the panels.

Situated within a dense urban environment, the basement construction posed a number of challenges, particularly regarding sensitivity to noise and pollution.

A vision fit for Sydney Harbour 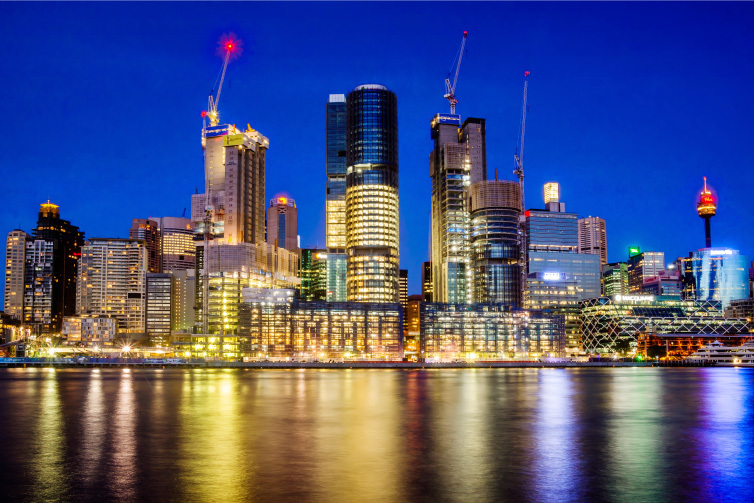 The client had a strong vision to construct the highest quality residential product as befits buildings in such a prominent location. Our team collaborated with Lend Lease from an early stage to provide a structure that allowed for quick and easy construction and stayed true to the architectural concepts.

A concrete framed and flat slab construction with blade walls was adopted to achieve this. We used the Dincel preformed concrete formwork system for all the walls and blade columns above Level 1 in order to speed up the construction period.

A challenge was to ensure that the layout of the two structures, with the adoption of blade columns, minimally impacted the original architectural intent. This solution greatly enhanced the marketability of the apartments.

As the Alexander building was located adjacent to the future Metro line another challenge was to avoid any vibration from the trains transferring through the ground and being experienced in the building’s residential units. Our solution was to acoustically isolate the southern half of the Alexander building by placing the concrete core walls and columns on hard rubber pads which prevented the transfer of any vibration. This has been done in Sydney previously but is relatively rare and is a special characteristic of the building.

Located on a 2km harbourside promenade, the highly sought after Alexander and Anadara apartments offer spectacular waterfront living with immediate access to the heart of the Sydney. The buildings contain a mix of one, two and three bedroom apartments, including 11 two-level luxury loft apartments.