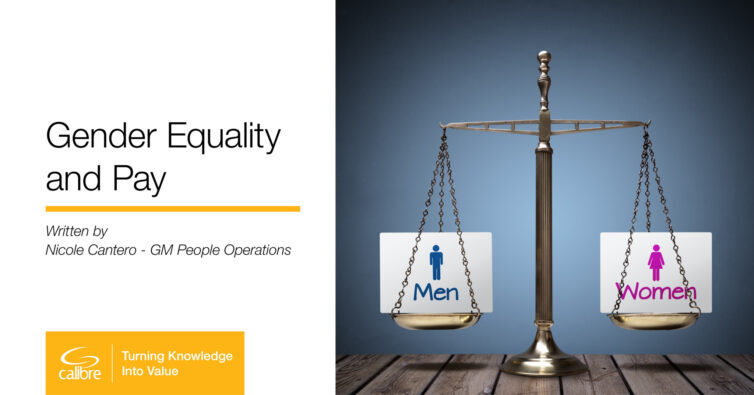 Celebrating IWD is one thing, but let’s talk about pay equity

International Women’s Day is an important date for all women. A day to look at our own lives and the communities around us. A day to reflect on how far we’ve come and how far we still need to go. A day to honour the women who have come before us and the great achievements they have made. It is also a day where we can all take some time to assess what each of us can do to support each other and the continued work still required in the areas of gender equality.

In 2020 Calibre Diona’s CEO & Managing Director, Peter Massey asked me to conduct a gender pay analysis with an emphasis on our Leadership Levels. Whilst this is something that we do every year as part of our Pay for Performance review, this year I decided to go one step further and conducted an extensive standalone workplace gender pay quality review using our company data benchmarked to industry.

There are many benefits to addressing pay equity including reduced staff turnover, access to a broader talent pool, improved morale and productivity as well as increased reputation and brand. When we did our review, we followed the WGEA guidelines. This included:

And the results were... interesting

For like for like roles, we identified all leadership roles across the business and, where possible, accessed each against peer roles. When reviewing the outcomes, it became very clear that in most cases, we pay equitably when doing a like-for-like comparison. There were a small number of incidences identified where like-for-like was not the case, we are now at parity in like for like roles.

A ‘By Level’ analysis allowed us to cut through market data and view roles across fields at the same level equally. This is a much harder problem to overcome and is most likely a result of ingrained thinking and unconscious bias. As such, seeking change is a societal issue, it is harder to break and bigger than this business alone.

I’m proud that the business I work for is doing its part to drive change, just because pay inequity is ‘normal’, doesn’t mean it should be the norm.

At Calibre Diona we benchmark every role against the market for that specific role in the specific industry. By completing a By Level Gap review, it enables us to ensure we value what the role brings to the table regardless of any higher perceived market value.

When reviewing the average salary of our internal roles we can see that our frontline leaders (both male and female) are paid consistently with their peers, however as our leaders moved to Mid-Level and then Senior Level Leaders, a gap became more evident.

Firstly, before I share specifics, let me clarify the term, Gender Pay Gap. This ‘gap’ is the difference between women's and men's average weekly full-time equivalent earnings, expressed as a percentage of men's earnings. Let me be clear, this percentage is not the gap for men and women performing the same role.

As reported by WGEA in 2020, Australia’s National Gender Pay Gap was 14% and is highest in West Australia at 22.7%. By industry, the gap is lowest in public administration and safety at 5.8%, and highest is in the industry where I work (Professional, Scientific and Technical Services). In 2020 the national gap in my industry was 24.1%.

There are many contributing factors. These include the different type of work, a lack of women in senior positions, a lack of senior roles being part-time or flexible, women’s attachment to the workforce – often due to caring responsibilities, a difference in education, work experience and seniority, discrimination, unconscious bias, lack of women in operational roles. This list goes on.

We can see in the table below there is a strong gender pay imbalance at an organisational wide level. And whilst we are doing better than our industry, we still have a significant way to go. Between October 2020 to March 2021 we made a 5% improvement and the gap now sits at 16%.

Some of you may think, ‘A 16% gap is nothing to celebrate,’ and they would be right. However, we are heading in the right direction and call on other businesses to also close the gap, not only in the Professional Scientific & Technical Services area – but in every industry across Australia.

If nothing else, we are speaking publicly about this issue. Most businesses – especially where their industry gap is high – tend to shy away from the topic.

As our business continues to recruit and promote women into operational positions, and more importantly into leadership roles, this gap will continue to improve.

Achieving gender equality, including gender pay equity, is a process that takes time and a conscious effort.

It takes a future-focused board.

I’m the first to admit, we are not there yet, but we are participating and active.

Unfortunately, fewer and fewer organisations are addressing the results of their pay gap analysis. In 2021 WEGA reported that only 46.4% of organisations analysed their pay data for gaps, and of those only 54.4% took action to close the gaps.

On International Women’s Day, I put my hand up to #ChooseToChallenge and show my commitment to address inequality within my own organisation.

Collectively, we can all make a difference.

If you would like to work for a progressive organisation committed to addressing the gender pay gap, please visit calibregroup.com/careers. Across the organisation we have over 100 vacancies and would love women – and men – to apply. 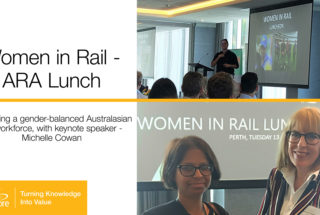 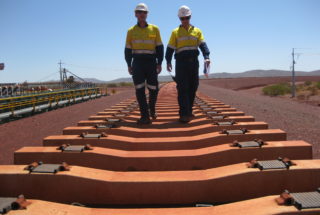