As the world pledges to get to net zero by 2050, these three words are leading conversations around the globe.

And with industries such as Victoria’s water sector setting ambitious targets of achieving net zero by 2030, they’re looking at ways to maximise their green power generation for their operations. In the early phases, solar was a source of energy for daytime activity. However, this is now being combined with hydrogen given its energy storage and mobility potential. Globally, trillions of dollars are being invested in the development of green hydrogen technology and Australia is looking at ways to become a world player, through its National Hydrogen Strategy.

What this means for water utilities around the country, is exciting opportunities to create a new renewable nexus – a wastewater/energy connection that will deliver cost efficiencies across the board.

How does the wastewater/energy nexus work?

As a power source, green hydrogen is seen as ‘the fuel of the future’.
But until it becomes cost competitive, how do you drive the investment? How do you kickstart a hydrogen economy with enough scale for generation, at a low enough cost that people will start using it?

The answer lies in optimisation and integrated design being considerate to multiple uses and benefits.

For water utilities, this starts with an initial investment into a renewable energy source such as a solar farm. This green energy is used to drive the electrolyser which splits the water molecules into hydrogen and oxygen. As shown in figure 1, the use of green hydrogen at a wastewater treatment plant has the ability to generate energy, revenue and lower capital costs.

By using recycled water as the feedstock for hydrogen production, this non-renewable resource takes the pressure off potable supplies. The by-product of this process is both green hydrogen and pure oxygen. The oxygen is then used to drive efficiencies in the treatment process. Internationally, increasing oxygen during processing has proven to increase the ‘equivalent person’ (EP) of wastewater plants, supporting capital mitigation for expansion, and there are a number of wastewater treatment processes, such as Membrane Aerated Biofilm Reactor (MABR) that can make use of the additional oxygen available. The capital costs are offset as less infrastructure is needed. Meaningless planning, less engineering, less approvals, less consultation and less effort.

Operating expenditure is also reduced as less power from non-renewable sources is required - the energy is now supplied via solar and hydrogen. And the oxygen not used in the treatment process can be put to other uses e.g., odour control of the sewer network as well as assisting with sludge settlement and handling.

What started as a way for water utilities to meet decarbonisation targets and align to the UN Sustainable Development Goal No 7 for clean energy, has the potential to radically change the green energy landscape. Water utilities have the option to become self-sustaining power generators, as well as providers for fleet mobility, producing enough hydrogen for net zero across their entire operations, and selling the surplus as non-regulated revenue. All of which should provide benefits to the end user in the form of cost efficiencies from both capex and opex savings.

So, how are Calibre and Sevengen helping define and implement the water/energy nexus?

While water utilities have the potential to become power generators, the first question is do they want to? Quickly followed by do they know how to?

“Have you thought about your wastewater treatment plant as a hydrogen hub?”

“Hydrogen electrolysis plants should, and definitely can be, located next to wastewater treatment facilities for all greenfield sites. This is a true example of circular economy thinking. It just makes sense.” Robert explains.

“And this renewable nexus isn’t just for new treatment plants. Retrofitting the infrastructure to existing sites isn’t difficult,” explains David. “For a conventional treatment plant in a regional city that’s expecting growth, they can reduce the cost of capital upgrades and cater for a higher population by incorporating hydrogen now, because the plant can move to a more oxygen intensive treatment process.”

But while the concept is simple, large scale implementation is still some time away. The technology is well into development, but at this stage it’s all imported, and the lead time is at least a year. Australian researchers and technology companies are making progress in this space, but its application isn’t at commercial scale yet. Recently, the local production of electrolysers was announced, with Gladstone set to become one of the world’s largest hydrogen equipment hubs. And while both Calibre and Sevengen are supportive of Australian manufacturing, their industry alliances with established European based manufacturers benefits clients.

“Via our partnership with international electrolyser manufacturers, our clients have priority access to proven technology. It helps de-risk the project,” said Rob Saunders.

Calibre and Sevengen are working with their clients by taking a holistic view of the concept, planning, design and delivery phases of their future emission target projects.

Drawing on David’s expertise in the water sector and treatment plant upgrades, Calibre is bringing the strategy development and front-end concept engineering.

Rob is bringing his considerable renewable experience to delivering a facility that will both generate and provide hydrogen to assist in the net zero journey. Working together in collaboration, and tailoring a net zero roadmap, clients can fully understand their emissions and how to go straight to reducing them, rather than waiting to eliminate them completely through technology.

Initial discussions have shown that most clients would love to leverage the options that green hydrogen presents, but with so few Australian examples where this technology has been implemented, there is an understandable reticence.

“There are a number of trials and research projects underway such as a collaborative project lead by Professor Huanting Wang of Monash University and water utilities,” said Robert Saunders. “Also, West Australia’s Water Corporation is one of the few who have already embarked on this journey. They’re currently using technology that extracts hydrogen and graphite from biosolids, a waste project from the sewerage treatment process.”

Several water utilities in Victoria and Queensland are also looking at options to invest in hydrogen plants as part of their journey to net zero.

Both Calibre and Sevengen believe they have a role to play in supporting utilities embrace this technology and help executives and boards make investment and technology decisions that satisfy risk and governance thresholds as well as community expectations to be ‘green’.

“We see ourselves as partners in the planning and navigation of this technology.
Our academic institutions have an essential role to play, but as infrastructure advisors and designers, we bridge the gap to ensure technology innovations transition from concept to commercial delivery within a strong governance framework,” said Mr Middleton.

To discuss the pathway for water utilities to become power generators contact David Middleton (David.Middleton@calibregroup.com) or Robert Saunders (Robert.Saunders@sevengen.com) for a confidential discussion or visit Calibegroup.com or Sevengen.com to learn more. 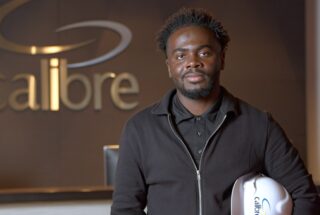 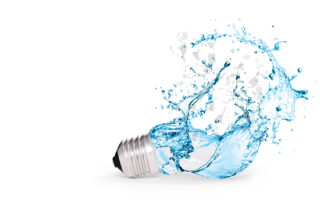