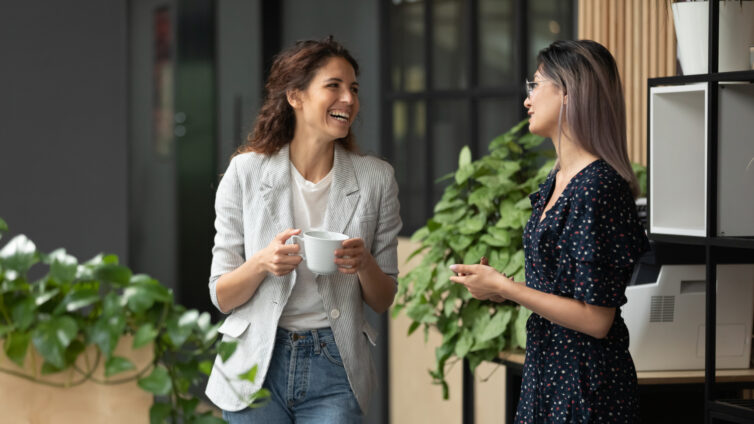 International Women’s Day (IWD) has been recognised since 1911 and honours the social, economic, cultural and political achievements of women, in New Zealand and all over the world. This year’s campaign theme for International Women’s Day is ‘Choose to Challenge’. A challenged world is an alert world. And from challenge comes change. With this recognition in mind, it is pertinent to highlight some of the positive advances made from engineering firm, Calibre.

Calibre has stepped up to become a leader in promoting diversity and inclusion in its workforce, and in this article, we talk to some of the company’s people who are making a difference by bridging the gap in gender inequality.

As an engineering company, Calibre reimagines the stereotype of a male dominated industry and seeks to attract and retain the best talent from both genders. With women typically being under represented in the industry, this has given the company cause for new ways to change the status quo. Some of these ways include encouraging future generations to enter the industry and excel in a field they love without discrimination or judgement.

“Creating an environment where we can collectively enable women to thrive, in and out of our organisation is important to me. To achieve gender equality, we need men, alongside women, to step up and play a more proactive role in driving change.”

“It’s essential to have leaders that understand everyone’s situation is different. We need to be flexible in balancing personal needs with organisational needs – work is only one part of people’s lives. We’ve come a long way as an industry and I find that the vast majority of our clients want to work with a progressive organisation which has engaged staff and empowered teams, ultimately improving their project outcomes.”

“We also need to break down structural and societal barriers that can hold both genders back from genuine freedom of choice. We have two women on our Senior Leadership Team who work part-time. This is not something that is common in the industry. They deserve a place on this team because they lead key areas of our business and I value their input. Being part-time is a personal choice they have made to be present for their families while pursuing their career ambitions. In no way does this hinder their contribution or the value they bring to the business.”

“I have always been very driven and passionate about achieving, especially when it comes to my career. I have a lot of love for what I do and it’s an important part of my life. It’s not just a means of living for me, but it’s a means of learning, of growing and it gives me a lot of satisfaction.”

“Having children has not been a handbrake in achieving to my full potential. I have had the pleasure to be surrounded by some brilliant leaders who believed in me and proactively removed obstacles to allow me to develop and succeed. I choose to challenge gender bias and inequality so that my daughters move through their chosen paths with true belief in their own ability and their own worth without any assumptions or bias that can undervalue them. I choose to challenge gender bias so that I can shape, in my own little way the future for me, you, but also for our children who deserve equality and inclusion.”

“As a graduate engineer, there have been times where I have felt quite daunted being on a construction site and nervous about speaking up. There have been times questions have been unconsciously directed to male engineers even though I am leading this part of the project. The support of my manager Michael Shabbot has been so critical in enabling me to feel like my opinions are valuable and it has given me the power to speak up. A simple statement like, ‘Evelyn can answer that for you’ really turns the conversation around and shifts the power dynamic.”

“With two young boys, Calibre's flexible working policies have allowed me to balance my work-life schedule. I feel privileged to work for a company that engages, encourages and equips me to believe in all the possibilities to connect with our team and customers to collectively explore opportunities to create better outcomes.”

For many of Calibre’s staff members, having the flexibility and variety of working options has had a marked improvement on themselves and their partners, both at home and in the workplace. Having a more balanced mix of shared responsibilities and opportunities is now far more acceptable in the 21st century, compared to our parents or grandparents’ ideals from generations past.

For Richard Morley-John (Associate Engineer – Buildings & Structures), it comes down to respect and making space for each individual to exercise his or her talents. Richard said the measures of success were slightly different for upcoming generations, such as both partners being able to have quality time with family while still having a career.

“My wife is full-time mum at the moment because our children are five, two and just beyond a newborn,” Richard said. “Being able to have the freedom to get out and about and do what she wants, this includes when she goes back to work again, and to have that variety in her day has meant a lot.”

“On the other side, for me having the variety and time with the kids during the week adds a wonderful dimension to my working week. The model used to be that typically the guy would go out and work long hours and come back when it’s dark and not do any housework. Whereas now you can have this much richer mix of shared responsibilities and shared opportunities.”

Support for women to achieve their potential

Matt Johnson (Structures Leader – South) sees working part-time as a chance to support his wife to build her career whilst also enjoying quality time with his kids.

“I think the whole family gains from having a Dad that is able and willing to work to flexible or reduced hours,” he said. “I want my wife to be able to have the ability to focus on her career and to achieve her full potential. And I want my kids to grow up having Dad around regularly and seeing the shared roles within the household, so that this is normal to them and breaks older stereotypes that we might have had as kids.”

“I’ve made a conscious effort to make sure that both our careers are on an equal footing. I think that too often the male’s job gets put first as they can be often earning more money than a mother who has just returned to work after a significant maternity leave. I recognise that my wife has made a big sacrifice to her career over the last four years in order for us to have a family. It’s now time for her to get back to building her career and I want to give her every opportunity to do so by sharing our roles at home equally.”

James Carter (Technical Director) sees working part-time as an opportunity to be a positive role model for his two girls.

“If you think of parenting as something that you equally share between the two of you, then why should one of you do more than the other?” he said. “There's this presupposition that the woman in the relationship is primarily responsible for childcare. Because we've got two girls, we want to role model the idea that it's not necessarily the woman's responsibility to be the primary childcare person. So, it's quite important for us to walk the talk with our children in that regard.”

“We had previously discussed the idea that it would be good if we could have a more equal share of the responsibilities of parenting. We both work four days a week, and finish in time to pick the girls up from school most of the time. The reason I wanted to do it was really because I think it's important to show my children that it's not necessarily the woman's job to look after the kids.”

Gender inequality is not just a female issue. Although we have come a long way, we are not there yet, and in order to progress to a stage where the statement is no longer a talking point, everyone needs to be on board. Calibre employs two women on its Senior Leadership Team and with the full support of its staff and management, actively encourages more women to fulfil senior roles.

Through Calibre’s initiatives and ongoing commitment to inclusion, they are continuing to remove barriers standing in the way of women reaching their full potential. Let us celebrate this on International Women’s Day and remind ourselves to challenge the status quo and create an equal environment that we all want to be a part of, now and in the future. 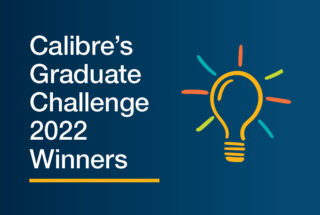 Our Graduate Program is a two-year journey.

Our Graduate Program is a two-year journey.