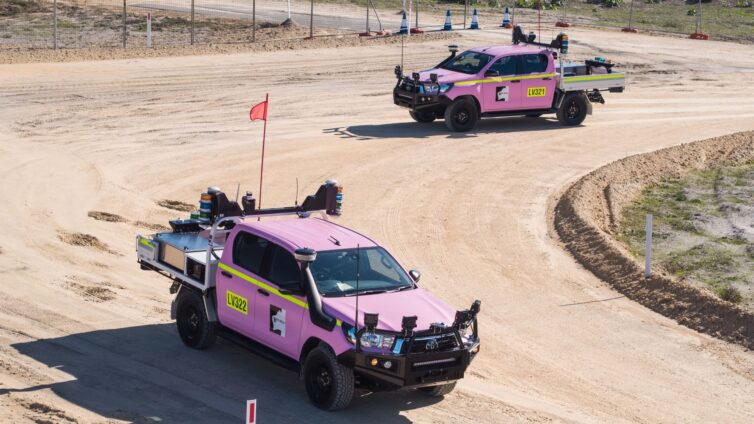 The work continues Calibre’s involvement in the project after helping deliver successful trials at Roy Hill’s autonomous test site in Perth from May to July this year.

Aiding Roy Hill’s requirements for a safe, interoperable solution for its heavy-haul fleet, Calibre has been engaged as a communications design and implementation consultant for the important test phase. Roy Hill has partnered with Epiroc and ASI Mining to convert its mixed fleet of 77 haul trucks from manned to autonomous use, utilising OEM-independent interoperable technology that is a first in Australia.

Calibre’s project Communications Engineer, Yianni Anestoudis said, “We worked closely with Roy Hill and Epiroc to have the communications network quickly installed at a Perth site which was set-up because of the impact of COVID. With the mine site now accessible we’ve taken those learnings from Perth and are applying them as testing and commissioning of the first haul trucks gets underway.”

Calibre’s role incorporates the design and implementation of the network and wireless communications infrastructure covering the test pad area. This includes establishing the dedicated server, wireless access points, and in keeping with Roy Hill’s overarching interoperable philosophy, integration with their systems.

“The communications infrastructure is a critical cog for the obstacle avoidance and advanced GPS which allows for wireless communication between vehicles,” said Anestoudis. “It also supports the onboard control - that being the trucks’ brains - ensuring optimisation of vehicle functions and real time decision-making.”

Western Australia is considered a leader in autonomous technology with global miners backing automation as a means for boosting safety, operational and environmental performance while increasing productivity benefits for the business.

“One advantage of fleet automation is improved resilience,” said Anestoudis. “Autonomous technology makes mine operations more sustainable because you’re able to continue to move iron ore or pre-empt any maintenance issues. This means in the long-term operating costs has the potential to drop significantly.”

Calibre’s credentials in autonomous technologies are vast. It has involved them in several cutting-edge projects including Rio Tinto’s AutoHaul®, the world-first, long distance automated heavy-haul running over 1,700 kilometres of track, and automation preparation works at Newmont Mining’s Boddington site.

“Our business is all about people. We focus on creating a team with real world industry experience to translate vision into practical deployment. Through collaboration and the understanding of operational needs we seek to harness the best that technology can bring.” said Matthew Coleman, Head of Technologies & Renewables at Calibre.

“Technology consistently reshapes what is possible. As technologies emerge, we look for the opportunities to translate this into value in areas such as performance, availability, sustainability and safety.”

With practical knowledge of the technologies needed to achieve business and productivity gains, Calibre’s end-to-end solutions can translate that know-how into other applications to suit industrial and harsh remote locations through to commercial and urban environments.

“It is great to be a delivery partner for technology innovation,” said Coleman. “Our people enjoy the opportunity to collaborate and work with other innovative teams to deliver industry changing work.”

“Sure, autonomous technology has the smarts, but humans have created those smarts,” said Anestoudis. “It really is an inspiring opportunity to be a part of something big. It’s exciting work.” 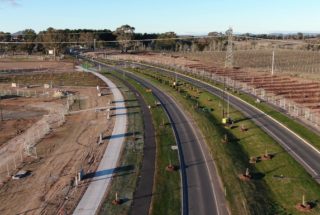 On The Right Path - Recycled Asphalt Solutions for Residential Development

Calibre's Kenny Festing was at Ginninderry for the roll-out of Australia's largest residential application of Downer's Reconophalt - an innovative road surfacing solution that is made with recycled content such as soft plastics, toner, glass and reclaimed road. 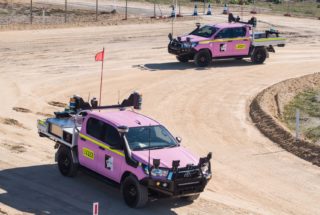