Rio recognised and acknowledged the successful completion of the project ‒ in particular, key partners that played a major part in the project including Calibre, Wabtec, New York Air Brake (NYAB) and Hitachi / Ansaldo STS.

The safe and successful deployment of the AutoHaul®, project is a world first in the heavy haul space which was made possible by the close collaboration, commitment and dedication provided by the teams that worked on the project over the course of the last ten years. AutoHaul® is at the forefront of innovation within the rail industry, and has positioned Rio Tinto, Calibre, Wabtec and Hitachi Ansaldo as leaders in rail automation space.

Calibre’s Head of Mining and Minerals George Nuich stated, “From the project’s outset, and over a 10-year period, Calibre’s commitment to partner with Rio Tinto G&I to deliver this world first has been steadfast. Through the dedication and collaboration of all project partners, the success of AutoHaul® demonstrates the substantial benefits which automated systems can deliver in the mining space.”

It is not just within heavy-haul rail and the resources sector that the benefits of automation are realised. Matthew Reeder, Calibre’s Operations Manager and AutoHaul Systems Manager explains, “We are extremely proud to be part of this important project and support Rio Tinto G&I and Rio Tinto Rail Operations with delivering a solution that brings them to the forefront of technology and innovation within the heavy haul rail space.

“This project was a fantastic team effort involving a number of senior people within the organization. Our team developed ground breaking practices and also used industry-proven strategies for the identification, assessment and mitigation of risks to define the long-term business, operational objectives, systems safety governance processes and benefits through the implementation of automated systems.”

The Calibre team will continue to work and support Rio Tinto to define future safety and operational improvements within the system. 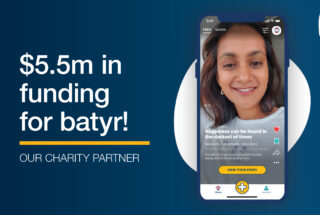 Fantastic news for our charity partner batyr who will receive an investment of $5.5 million from the Federal Government over three years. 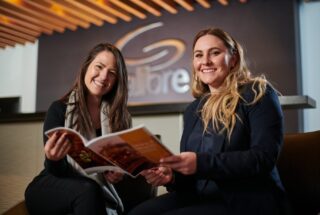 March 8th was International Women’s Day (IWD). Since 1911 International Women’s Day has been recognised to honour the social, economic, cultural and political achievements of women all over the world. For this article we caught up with some of Calibre’s female and male employees around New Zealand to find out what it means to them to be part of an inclusive and supportive workplace.