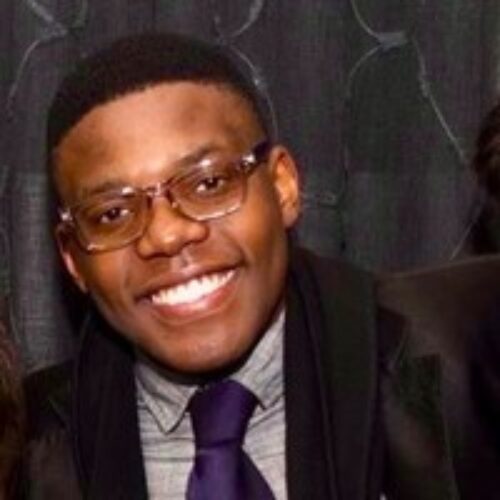 When Russell Tsingano arrived early at a graduate networking breakfast, he wanted to make a good impression on the recruiters there, but he didn’t have lofty expectations. For this friendly people person, the event was more about meeting new faces, learning about different engineering companies, and exploring his options. Someone else had arrived early, too: one of Calibre’s Project Managers.

“He looked fairly young and personable,” says Russell, who at the time wasn’t entirely sure if engineering was the career path for him. “I didn’t know his role or what he did or anything about Calibre! But I think that really helped me. We were just having a natural conversation, talking about all sorts of things. At the end of our chat, he said, ‘Calibre hires graduates - why don’t you drop in your resume?’”

Russell then watched as his new acquaintance walked on stage, announced he was a Project Manager at Calibre, and had a team of 100 people under him.

“I thought, ‘Woah! I was just talking to you!’” Russell laughs. That night, he sent in his resume. Not long after, he had an interview. And in January 2020, Russell joined Calibre as a Graduate Engineer.

“It was like it was meant to be,” says Russell, whose down-to-earth introduction to Calibre reflects the approachable yet driven nature of his team in Mining and Minerals. “Everyone here is very friendly and supportive. For a graduate, the organisational culture at Calibre is great, and you have so many opportunities to learn and develop your career.”

See your impact, know it matters. Explore a career with Calibre Group today.

Challenged to learn, supported to succeed

Born and raised in Harare, Zimbabwe, Russell grew up loving maths, physics, and cars. He was also interested in the psychology of leadership - especially how great sports coaches lead their teams to success.

Nearing the end of his secondary schooling, Russell was undecided which career path to take: engineering or people management. In the end, he decided to study both. Following the footsteps of his older sister, who had relocated to Australia to study, Russell moved to Perth, Western Australia, to complete a double degree in Mechanical Engineering and Management.

“It was a great combination; I loved having that mix,” says Russell, who threw himself into volunteer work at uni - including a Humans of New York-style project, where he captured and shared the stories of his fellow students. He was also a Senior Event Coordinator for TEDxPerth, organising and managing salon events. “The management side has really helped me at Calibre. A lot of what I do is about effective communication with external vendors, suppliers, and my team.”

For someone initially unsure about an engineering career, Russell has already made a significant impact at Calibre. He’s a valued member of our Engineering, Procurement and Construction Management team, working on the Rio Tinto Robe Valley Sustaining iron ore project in the Pilbara region. Based in Perth, Russell procures mechanical equipment to support the development of three new mining deposits and two existing mines.

“It’s a big client and an exciting space to be in. I work on the project engineering side, which means coordinating with contractors and liaising with different groups to get the right equipment we need on-site.”

One of Russell’s first major tasks was to help manage the manufacture, supply and delivery of 69 pumps to the Pilbara site.

“The pumps ranged in size, with the biggest being 27 tonnes. I can safely say that before this project, I didn’t realise a pump could get that big!” Russell laughs. “I was nervous at the time because they were the first deliveries I had care and custody over. But everything went smoothly - the pumps were delivered on time, and it was a big achievement for me.”

Russell says it’s been a steep learning curve, but he’s been backed every step of the way by a team that’s focused on succeeding together.

“I’ve loved the flexibility and trust management has put in me. It’s come with responsibility at a fairly early stage of my career, but I’ve enjoyed that. I’ve learnt so much about the mining industry and about coordinating and managing. And knowing my work matters and has an impact, I value that.”

Imagine your best career … then realise it

Integrity is a core value of Russell’s, and it’s one he sees in action every day at Calibre.

“We do what we say here. Calibre cares for its people and wants them to succeed. I regularly get to talk to our managers, and as a grad, for that to happen is great.”

Russell looks forward to expanding in his role and one day stepping into a managerial position. With his outgoing personality, strong leadership skills, and willingness to go above and beyond, we can’t wait to see Russell’s next career steps with us. And his advice for other graduates considering a future in engineering?

“If you’re studying, just keep going. A few people find engineering easy, but a lot of people find it really challenging. At one point, I didn’t think I wanted to work in engineering, and now I am - and I love it! There are lots of industries and roles you can get involved in - it’s not all technical. At Calibre, we have great leaders. They take care of their grads and their people, and they will take care of you, too. The door is open for you.”

If you would like to be part of a connected work culture where you’re respected, supported, and valued, discover your career opportunity with Calibre Group here.