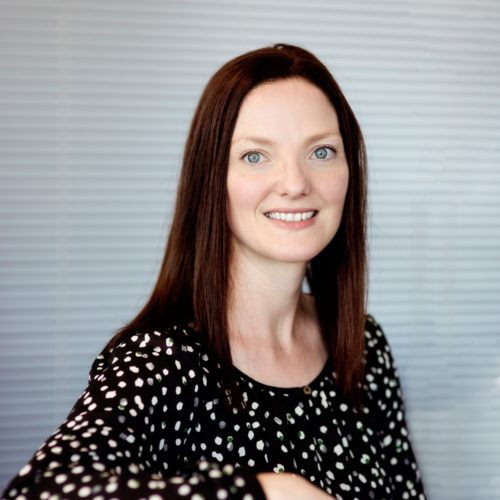 Leaving a Legacy: How Deborah Curd Has Helped Shape a City and the Futures of our Female Engineers

Over 10 years, Deborah Curd has contributed to and witnessed Christchurch’s post-quake recovery. Her expertise, leadership skills, and deep compassion helped reshape the city. And today, as Calibre NZ’s Structures Leader - South, she’s positively influencing our next generation of female Engineers by being a team-driven role model who’s focused on making a difference.

When Deborah Curd arrived in Christchurch on secondment in 2011, the city was at its most vulnerable. The Structural Engineer had joined the mission to rebuild after a 6.3-magnitude earthquake had reduced much of the city to rubble. Deeply impacted by the community’s resilience in the face of such adversity, Irish-born Deborah decided to stay, and over 10 years, witnessed the city’s return to life.

Today, Deborah continues to help strengthen and shape the future of Christchurch and the South Island - as a senior leader, mother and mentor for female engineers.

Deborah is Calibre NZ’s Structures Leader - South. Deborah uses her extensive experience in Structural Engineering to deliver outstanding projects and outcomes for clients. A natural leader, Deborah is dedicated to supporting her close-knit team to achieve and reach their potential in an inclusive, collaborative and safe environment.

“We’ve really grown the Structural Team nicely over the past five years,” Deborah says. “It’s been wonderful to be with such a forward-thinking company that’s growing naturally with its clients and people in mind.”

Born and raised in Ireland, Deborah’s love of buildings and innovative design began from a young age. Her mother was an artist known for her cityscapes around the River Lee in Cork, and her artwork made a deep impression on Deborah.

“Her paintings of buildings, bridges, churches, and clock towers filled my family home,” Deborah says. “I loved her paintings not only as I was so familiar with the places she painted, but because they made me appreciate the beauty present in the very heart of a city. It helped me realise how fantastic it was to live in a city surrounded by structures that facilitated life to occur and thrive.”

Deborah’s interest in building design blossomed when the family moved from Cork to Dublin when she was six years old.

“I was inspired by this new city with all its beautiful buildings,” Deborah says. “I was always good at maths, physics, and applied sciences, but growing up, I actually wanted to be an architect. Also, my father was Chief Scientific Officer for Dublin City Council, in charge of water quality, so I had a huge understanding of city infrastructure requirements.”

In the end, Deborah’s love of maths and science won. After completing a Bachelor of Engineering (Structural) in Dublin, Deborah moved to Australia to continue her studies and advance her career as a Structural Engineer. She then came to New Zealand to support the recovery effort in Christchurch, following the devastating earthquake on 22nd February, 2011. Deborah worked with Government and commercial organisations to assess claims for residential rebuilds to help people get back on their feet.

“What really drew me to Christchurch was the city’s resilience,” Deborah says. “Some people’s lives had been destroyed - they’d lost their houses and loved ones. But everyone got together and knew they had to rebuild. The earthquake was a huge trauma - it affected people mentally and physically. Helping people who had hit a crossroads with their insurance, finding a way for them to rebuild and move on, was very rewarding for me.”

Having invested so much in helping bring Christchurch back to life, Deborah decided to continue the mission with Calibre NZ. In 2015, she joined us as a Senior Structural Engineer. Within just four months, she was appointed Business Unit Leader - Structures in Christchurch. Then, in 2019, Deborah became our Structures Leader - South, leading Calibre NZ’s team of Structural Engineers across the South Island.

“When I moved to Calibre, there was a great sense of giving back on a more intimate level. Over the past few years, we’ve welcomed some fantastic people onto the Structures Team. I love helping our people go where they want to go in their careers.”

At Calibre, Deborah has been involved in designing and delivering a range of innovative projects, including multi-unit high rises, commercial office blocks, and redevelopment works at the University of Otago. Now, leading a team of 18 people, Deborah takes on a mentoring role, ensuring our Structural Engineers are on a path of continual professional development. She’s also a fantastic role model for our female Engineers, providing them with an inclusive environment that empowers them to reach their potential.

“It’s important to me that our female team members have that professional and moral support,” Deborah says. “I’ve always had wonderful mentors in my career, and I want to be that mentor for them, too.”

Since joining Calibre NZ, Deborah has had two children. Although managing a senior leadership role and motherhood has been challenging, flexible work hours have enabled her to find balance.

“Calibre has always been fantastic. Both times I’ve taken maternity leave, my team made sure I didn’t come back too soon so that I didn’t feel overwhelmed. They’ve always had my back.”

Deborah looks forward to continuing to grow in her current role. She values working with a company that cares for the well-being and success of its teams. And she’s continually inspired by working with people who go above and beyond to make New Zealand a better place through the buildings and spaces they design.

“One of Calibre’s values is that we succeed together – and that’s what I believe, too. I think the people here truly want to leave a legacy. They want to pass buildings they’ve designed and know they’ve made a difference. I hope that in 20 years, I can look back and know I’ve helped create a better place for our community to enjoy.”