Our Board brings considerable experience in corporate governance and strategic leadership across the resources, utilities and industrial sectors. 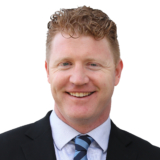 As Board Chair, David’s role is to ensure that the board sets and implements the company's direction and strategy, namely to be Australia and New Zealand’s most respected employee driven engineering, technology and sustainability partner. David has 25 years' experience in the Civil Engineering and Infrastructure delivery, having started his career at Diona while completing his high school studies. David holds a Bachelor of Civil and Environmental Engineering and a Diploma in Engineering Practice from the University of Technology, Sydney and was awarded the National Young Engineer of the Year Award in 2005 by Engineers Australia. Read More

David was CEO of Diona for the 10 years up to 2017 and more than quadrupled the businesses bottom line over this period. In 2017, David was an Australian finalist for CEO Magazines, Executive of the Year, Construction. Following this, and during a period of significant change for Diona and Calibre, David was the Group EGM for Vision and Strategy and this role provided a great opportunity to fully understand the Calibre Professional Services business. David is passionate about growing and developing the people of Calibre and Diona and before finishing his period as an Executive, helped lead the implementation of the MORe Academy.

Following the privatisation of Calibre Group to MORe & Co and launching of the Employee Share Scheme David stepped back from his Executive role to become Chair but continues to provide an active mentoring role to the young leaders of MORe & Co.

David is an advocate for alternative cancer treatment research, previously helping to raise over $500,000 for the Chris O’Brien Lifehouse and the Cancer Council. David is also a champion for breaking down the stigma around mental health, and advocates for batyr – a mental health charity. To support batyr’s work MORe & Co have raised $1m in recent years to support a future free of stigma around mental illness. 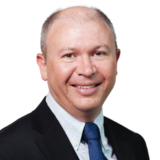 Peter joined Calibre in 2014 as Chief Financial Officer and Company Secretary. In 2016 Peter was appointed to the Calibre Board and assumed the role of Managing Director and Chief Executive Officer. Peter has over 20 years’ experience in the operations, maintenance and infrastructure services industry across multiple sectors and geographies including oil and gas, mining and power, property, utilities, facilities management, telecommunications, defence and infrastructure. Read More

Prior to joining Calibre Peter held a number of senior and executive roles with Transfield Services including operations in their Australian, Canadian and US offices.

Peter holds an MBA from UCLA Anderson School of Management and National University of Singapore, a BComm (Economics/Finance) from Macquarie University and is a Certified Practising Accountant (CPA Australia). 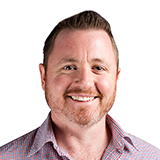 John is an Executive Director and member of the Calibre Group board. John is also Executive General Manager of Diona. He has over 18 years’ experience in infrastructure design, planning and management. He holds a Bachelor of Building Degree in Construction Management as well as several certificate level qualifications in Safety, and Civil Construction Supervision. Read More 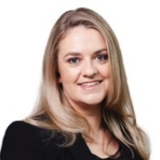 Tara joined Calibre in 2012 and is a senior corporate lawyer specialising in the mining, engineering and construction industries. Tara was appointed General Counsel and Company Secretary in March 2016 and has responsibility for Calibre’s legal function and company secretariat. Read More

Prior to joining Calibre, Tara was a solicitor at Herbert Smith Freehills, where she specialised in litigation in the construction and resources industries. Tara has extensive experience across corporate and compliance matters and brings a strong commercial focus to the role.

Tara holds a Bachelor of Laws from the University of Western Australia and is admitted to practice as a Barrister and Solicitor. 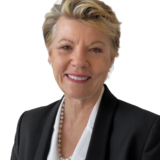 Lesley Morris joined Calibre Group as a Non-Executive Board Advisor on 1 February 2022. Ms Morris has significant board and executive management experience with a range of global and Australian businesses and recently completed board roles for Building Queensland and Tonkin Consulting. Ms Morris currently performs executive coaching for the Stephenson Mansell Group and business advisory for select private firms. During her 30-year plus tenure with Jacobs and SKM, Ms Morris performed key roles including Executive Director of SKM and its subsidiary SKM Malaysia, Chair of Brisbane’s Second Runway Project Stage 2 as well as experience leading specialist business transformation teams. Read More

Earlier in her career, Ms Morris worked in numerous operational and leadership roles with SKM including for Industry, water and environmental services sector and major infrastructure projects.